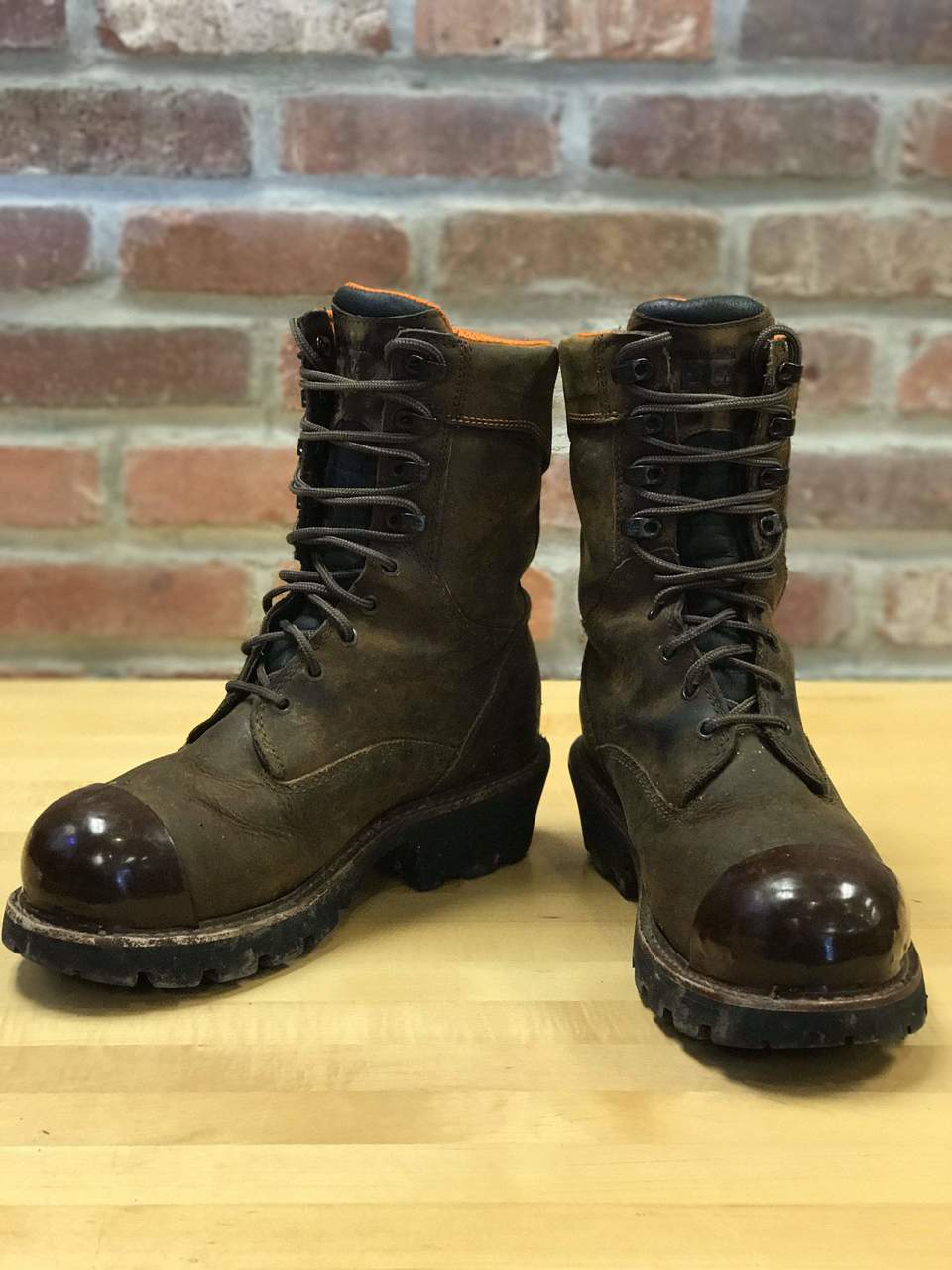 “In my job, we are in every kind of condition possible. I can be standing over or next to 2,000 degrees, and I have never had an issue.”

David has been a railroad foreman for the last 6 years. His job requires driving trucks, high heat welding, a lot of walking, and kicking heavier things than most people will pick up in a month.

“From one company I used to work for, they would buy us plastic toe guards. I tried everything from 2 part epoxy to the super glue it comes with, and nothing ever stuck. I think they are useless. ”

He used to get his boots through a boot program at work, and he kept tearing the toes. He tried plastic toe guards, and they wouldn’t stay on.

Since David discovered Tuff Toe in 2012, he has yet to blow out a single toe. He’s so confident that Tuff Toe will protect his boots that he has switched to some extremely comfortable Chippewas.

He has a great tip: if you run a mouse power sander without the sanding pad on it, you can better control the run and get it to blend back in. Unseen air bubbles will come to the surface and even out.

When we asked David what he likes best about Tuff Toe, he had a great answer!

“I love it when people ask me – “Dude, what did you put on your boots? I like to wait until they blow out their boots and remind them that the stuff on my boots is still going strong, and it’s called Tuff Toe.”

David depends on his boots every day in very difficult conditions and uses Tuff Toe to keep them going. He also wears boots during his off-time, where he enjoys walking in the woods, shooting, and coyote hunting. If anything happens to those boots, he plans on treating them with Tuff Toe!

The most complete solution for web publishing

Repair & Protect Your Steel Toe Boots from Getting Holes

Repair & Protect Your Steel Toe Boots from Getting Holes